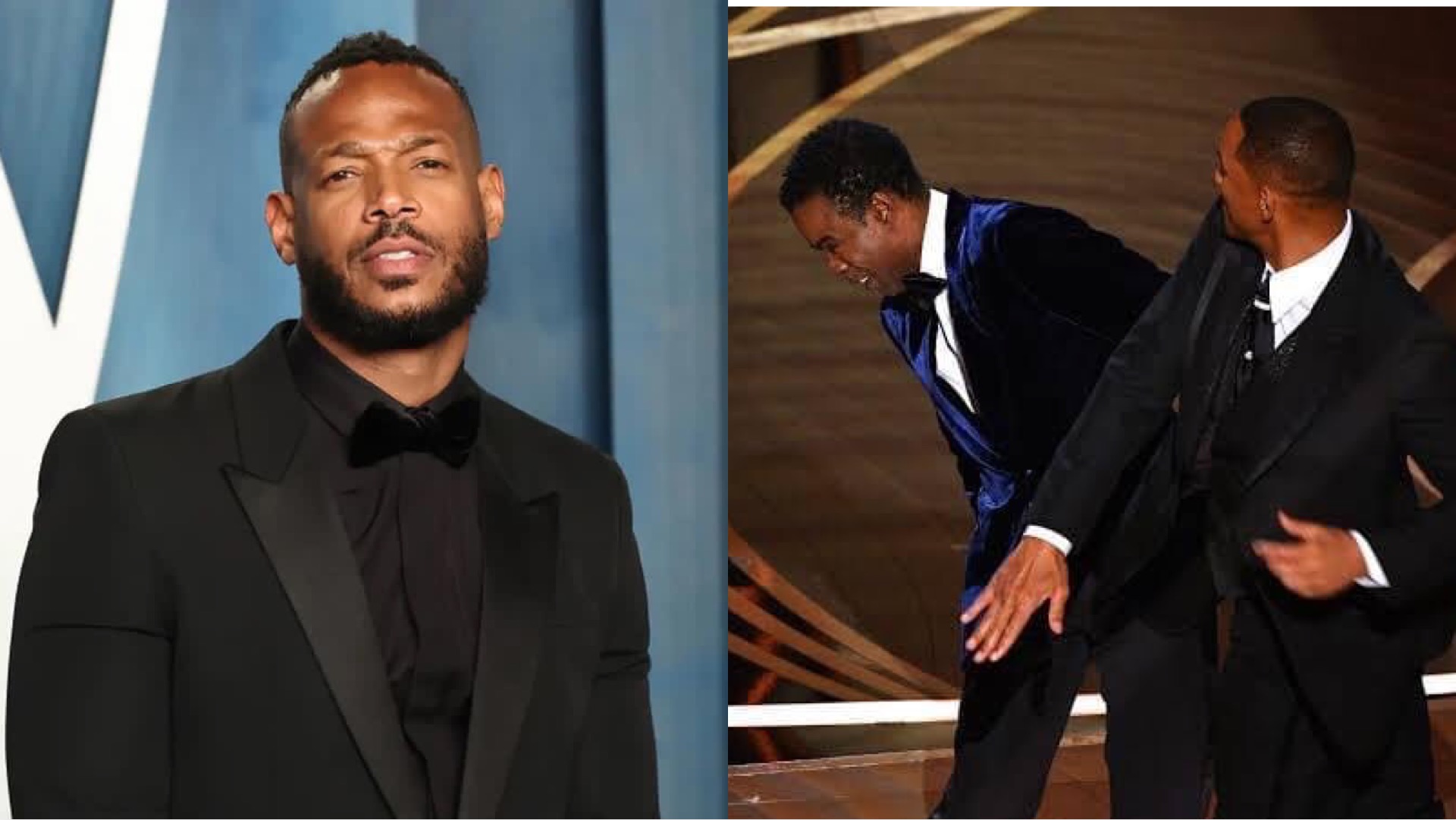 Marlon Wayans has offered his take on shocking incident at the Oscars when Chris Rock was slapped on live television by actor Will Smith, after Chris Rock made a joke about Jada Pinkett-Smith’s hair.

In a recent interview Wayans had with Big Boy, on the ‘Big Boy T.V.’ Wayans claimed he would’ve fought Will Smith had he slapped him at Oscars Stage. He said,

“If somebody’s walking on my stage, I know you that ain’t coming up to give me five,”  “Like at a point, you gotta go, ‘Oh yeah he’s trying to harm me.’”

Adding further, he told Big Boy, “You gotta protect yourself. If that was me, I got an elbow for you. It’s a fight, you come on my stage, we fighting.”

Waynes explained himself by saying,

“you don’t go to a comedy show and be mad when they tell jokes, that’s what you there for,” “I think people in their right mind know better, I don’t think people gonna go, ‘I’m gonna get up and slap you.”

“was like, ‘Hey brother you may want to go get you about three hours of therapy. 15 hours this week, you need to sit down with a therapist and have a long talk. Something is going on with you.’ And that wasn’t him. See, I don’t have that kind of pressure. He’s been Black excellence for 30 years, I’ve been Black alrightness, ain’t too much pressure. People expect me to do dumb stuff, but him? Nah, not Will”.

He then shared his conversation with Chris. He said,

“I hit Chris up, asked is he ok. They’re both my friends, I know them both. It’s like watching my brothers fight. That’s not a fight you want to see. There’s no win in that”.

Johnny Depp is another victim of the corrupt UK justice system 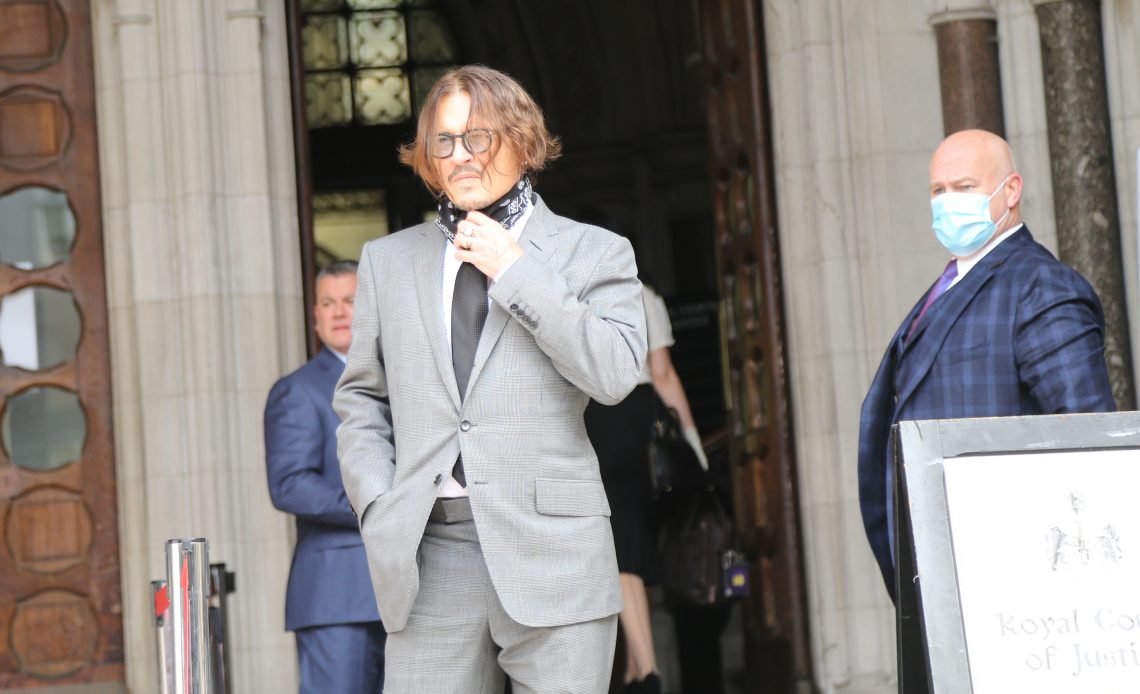 In our last article in May 2021 we reported on how Johnny Depp came to the UK to seek justice and was deprived of the right of a fair trial. A story all too familiar with many thousands who come to the courts in the UK to get justice, only to be served more injustice.

The USA courts are more focused on delivering justice. Earlier this week, on 17th August the Chief Judge in Fairfax, Virginia presiding over the Depp v Heard 2019 case dismissed Heard’s claim of res judicata (stating all matters had been tried in the UK), endorsing our view and citing in the 11-page pre-trial opinion that: “The Court is not persuaded by Defendant’s argument that Plaintiff had a full and fair opportunity to litigate the UK Action. Defendant was not a part in the UK action and was not treated as one”.

“In fact, Defendant could not have been a named defendant to the U.K. litigation because her allegedly defamatory statements were made after the U.K. action commenced” said Penney Azcarate, the judge presiding over the case.

After our intensive investigation, it is our view that the allegations by Heard and the assistance by the UK’s corrupt judiciary is nothing other than an elaborate fraud designed to discredit Johnny Depp (“JD”) whilst using the high profile allegations to drive traffic to The Sun newspaper.

An obvious conflict of interest

Let’s face it, the UK trial was a sham. The Judge, Andrew Nichol is intimately connected with Dan Wootton, The Sun’s journalist who posted the defamatory allegation that JD was a “wife beater”. The connection is through the Judge’s own son, Robert N Palmer, who works alongside Wootton at TalkRadio, part of the same group owned by Rupert Murdoch’s News Corp. Wootton, is a journalist and broadcaster from New Zealand, an executive editor of The Sun newspaper and a regular host of TalkRadio’s drivetime show. An incestuous conflict of interest, putting it mildly. Why, knowing of this conflict did Mr Justice Nichol preside over the case we ask? Why, in such a high profile case did the Lord Chief Justice allow Mr Justice Nichol to preside over the case, when any other judge could have done so? We believe the answers are naturally, self-revealing. 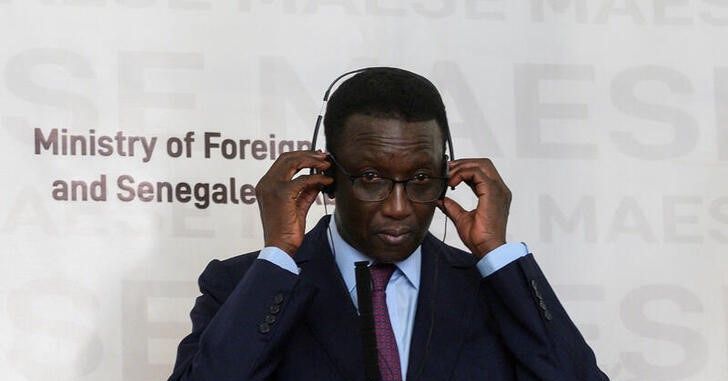 President Macky Sall reinstated the post of prime minister on Saturday, appointing a former economy minister to the job two months after a tense legislative election in which Sall’s ruling coalition lost its comfortable majority.

Amadou Ba, a 61-year-old taxation specialist who has also served as foreign minister, was named as the West African country’s prime minister, a statement from the presidency said.

Ba’s appointment re-establishes the position of prime minister in the West African country following its abolition in April 2019.

“The major priorities that the president has outlined include improving household purchasing power, taming inflation, security, housing, vocational training, employment and entrepreneurship,” Ba said on national television after a meeting with Sall on Saturday.

Late on Sunday, the president appointed a new government that included 38 ministers. Key ministers from the previous government including defence, interior, foreign affairs and finance, were maintained.

A notable change was Oulimata Sarr, regional director of UN Women, who was appointed minister of economy and planning.

Earlier this week, Senegal’s security forces were called to secure a voting process in parliament and hold back rowdy opposition members of parliament who tried to disrupt the election of a new president of the national assembly. The assembly was convening for the first time since July’s election.

Sall came to power in 2012 after unseating long-time President Abdoulaye Wade. He was elected again in 2019 on promises of large-scale infrastructure expansion as the country is set to start producing oil and natural gas next year.

Much of his second term has been marked by economic hardship – partly stemming from the COVID-19 pandemic and global fallout linked to Russia’s invasion of Ukraine.

Political tensions have boiled over Sall’s refusal to publicly rule out a third-term presidential bid in 2024.

Violent protests erupted in Senegal last year when Ousmane Sonko, Sall’s main opponent who came third in the 2019 presidential election, was arrested on rape charges which he denied.

Sonko was released but many protesters saw his arrest as an attempt by Sall to remove a prominent rival and clear his path for a third term bid. 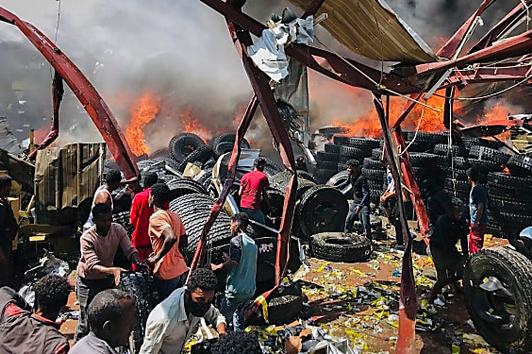 The aftermath of an airstrike in Mekele, capital of the Tigray region of northern Ethiopia. AP

Ethiopia’s Tigray rebels said on Sunday they were ready for a ceasefire and would accept a peace process led by the African Union, removing an obstacle to negotiations with the Addis Ababa government to end almost two years of fighting.

The announcement was made following a flurry of international diplomacy after fighting flared in August for the first time in several months in northern Ethiopia, ending a humanitarian truce.

“The government of Tigray is prepared to participate in a robust peace process under the auspices of the African Union,” said a statement by the Tigrayan authorities.

“Furthermore, we are ready to abide by an immediate and mutually agreed cessation of hostilities in order to create a conducive atmosphere.”

The Ethiopian government has previously said it was ready for unconditional talks “anytime, anywhere,” brokered by the Addis Ababa-headquartered AU.

The Tigray People’s Liberation Front (TPLF) has vehemently opposed the role of the AU’s Horn of Africa envoy Olusegun Obasanjo, protesting at his “proximity” to Ethiopian Prime Minister Abiy Ahmed.

Taye Dendea, Ethiopia’s state minister for peace, described the TPLF announcement as a “nice development” on Twitter but insisted the “so-called TDF (Tigray Defence Forces) must be disarmed before peace talks start.”

Guterres asked to get Eritrean troops out

The TPLF statement, which coincided with Ethiopia’s new year, made no mention of preconditions, although it said the Tigrayans expected a “credible” peace process with “mutually acceptable” mediators as well as international observers.

TPLF leader Debretsion Gebremichael earlier this month proposed a conditional truce calling for “unfettered humanitarian access” and the restoration of essential services in Tigray, which is suffering food shortages and a lack of electricity, communications and banking.

In a letter to UN Secretary General Antonio Guterres, he also called for the withdrawal of Eritrean forces from across Ethiopia, and for troops to pull out of western Tigray, a disputed region claimed by both Tigrayans and Amharas, the country’s second-largest ethnic group.

Fighting has raged on several fronts in northern Ethiopia since hostilities resumed on 24 August, with each side accusing the other of firing first and breaking a March truce.

The latest clashes broke out around Tigray’s southeastern border but have since spread to areas west and north of the initial conflict zone. The TPLF accuses Ethiopian and Eritrean forces of having launched a massive joint offensive on Tigray on September 1.

The United Nations said on Thursday that the renewed fighting had forced a halt to desperately needed aid deliveries to Tigray, both by road and air.

The March truce had allowed aid convoys to travel to Tigray’s capital Mekele for the first time since mid-December.

Untold numbers of civilians have been killed since the war erupted in Africa’s second most populous country, and millions of people across northern Ethiopia are in need of emergency aid.

Prime Minister Abiy Ahmed, a Nobel Peace laureate, sent troops into Tigray in November 2020 to topple the TPLF in response to what he said were attacks by the group on federal army camps.

The TPLF recaptured most of Tigray in a surprise fightback in June 2021 and expanded into Afar and Amhara, before the conflict reached a stalemate.